Do you need a laugh?  Watch the following video clip of Ma and Pa Kettle working math problems; it had me laughing.  Sometimes it is good to find some silliness to laugh about, and this should do it.  I hope you enjoy this too.  Hugs.... 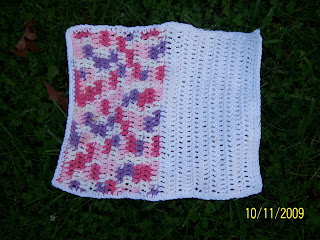 Hi everyone.  This is a dishcloth I made a while back but didn't post a picture of.  It's really made out of some left-over cotton yarn from another project and some white (cotton) I had.  Not too bad of an idea for a dishcloth.  It is one that I am keeping to use in my own kitchen.  I made a chain the length I wanted the width of the cloth to be.  The 1st and last rows were sc and the rows in the middle were dc.  One row of sc with white was made around  the circumference. In this example, I made an equal number of rows for each color.  I hope you enjoy.  Hugs...
Posted by Sharon Marie at 10/30/2009 01:27:00 AM No comments: 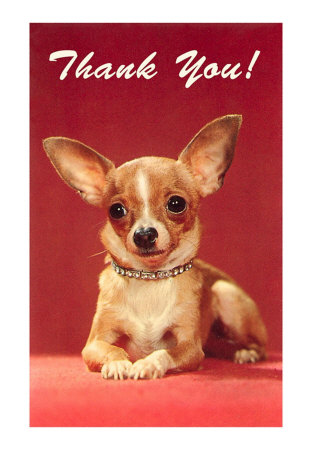 I was recently pretty sick and went to the emergency room dark and early Monday morning.  Today (Thursday), around 5PM I was finally discharged from the hospital.  I just wanted to say "Thank You" to my wonderful family and friends.  You kept the phone wires burning to cheer me; or you who were close came to visit.  You all kept my spirits up and really shortened my stay in the hospital with  the prayers you made on my behalf.  I love you all.... Sharon 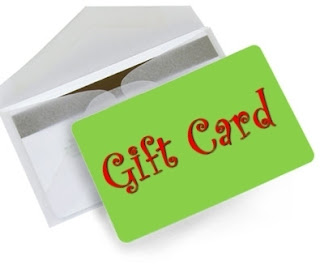 My thought for the day is about gift cards. For birthdays and Mothers' Day and Fathers' Day I think cards are a great idea. Christmas is a whole different ball game.  I picture all of us trading gift cards like they were baseball cards-- "I'll trade you a Wal-mart card for a Kohl's card." Do you see what I'm talking about? Kids who don't necessarily buy Christmas gifts are an exception to my theory. It would be fun to give a child a gift card for a present with a promise to take them out to eat and on a shopping excursion so they can get what they want. I've been considering doing that for my ggranddaughter this year. That will be one day that her mom gets a break and the young'un has a special day. Oh, I did think of another exception and that is what my ds and his wife did for Christmas last year. They bought me a Barnes and Nobles gift card that I could either use for merchandise or to get their discount card. I opted for the discount card because I am a voracious reader and also continuously on the lookout for crochet books. What do y'all think? Write me and let me know.

My Closet Remodel Is Complete

On the 11th of October I posted some before pictures of my sad closet. The wire shelves were falling down and it was awful! My very talented younger son Justin designed and built the new cabinetry. He is a talented guy as you can see. Here is a video I put together showing how it progressed. I am so proud of my talented son. Ray and our good friend Phillip "supervised" and lent an extra hand when required; Justin did the bulk of the work. The little girl on one of the slides is my ggranddaughter. She is helping me make homemade beef-vegetable-barley soup and corn muffins for supper that night. Oh yeah, I should probably let you know that if my music player starts, you can scroll down the right column and mute it. Hugs...

Vintage Crochet Patterns for You!

Here are some vintage crochet patterns that you may want to use or just peruse for enjoyment. I love looking at them; I just don't know if I'd care to make them. I enjoy them for the historical look at women and their crafts. I hope you enjoy...
Posted by Sharon Marie at 10/18/2009 04:02:00 PM No comments:

I've been watching Highlander on www.hulu.com. I never got into this show when it first aired, but now I'm addicted to it. I put this widget here so that if any of you are interested you can watch it too. 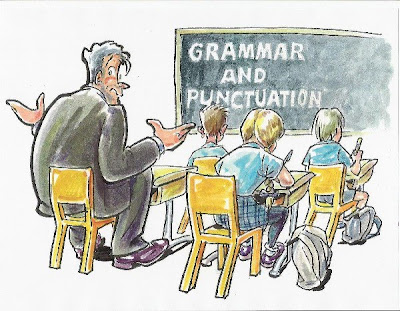 There have been times that I have been confused about how to use the possessive forms of nouns when I have a compound possessive-noun situation. Do I make both nouns have the apostrophe "s" ('s) on the end or just the 2nd noun? I decided that I would check it out. Read below for more information.

When you are showing possession with compounded nouns, the apostrophe's placement depends on whether the nouns are acting separately or together.

* Bill's and my car had to be towed last night.
* Giorgio's and her father was not around much during their childhood.

If this second sentence seems unsatisfactory, you might have to do some rewriting so you end up talking about their father, instead, or revert to using both names: "Giorgio and Isabel's father wasn't around much . . . ." (and then "Giorgio" will lose the apostrophe +s).

For more information please see this site. This is the site I used as a reference for this posting

Email ThisBlogThis!Share to TwitterShare to FacebookShare to Pinterest
Labels: grammar 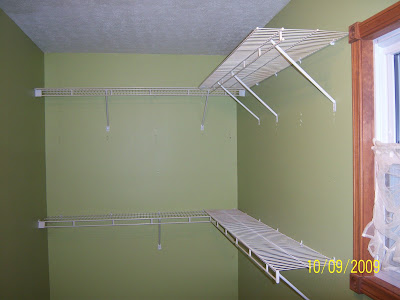 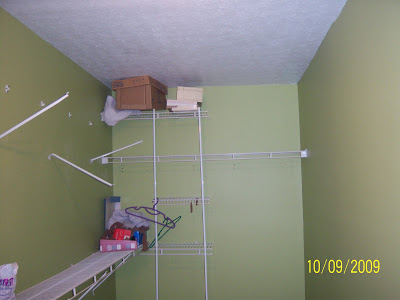 Life has been a bit hectic lately. This past week school has been on fall break so I haven't subbed any. I had to clear out my big walk-in closet (6' x 18') because my very talented younger son has been constructing build-in storage for me. YIPPEE, no more wire shelves that fall down! I will post pictures for you when it is finished. The construction is done except for the installation of 2 hanging bars. Justin designed it and did most of the construction himself with a little assistance from dh and a good friend of ours who has done finish carpentry in the Hamptons prior to relocating to KY. The pictures are before images. You can see in the one picture where the one wire shelf had fallen down. I had so much junk in the closet but was only able to "give up" one large boxful of "treasures." Sigh....I am such a hoarder.