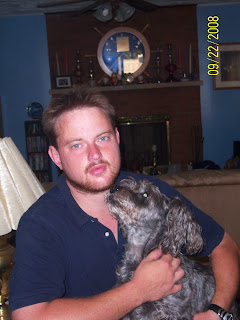 Today my handsome son Matthew turns 30. I can hardly believe the hyperactive little boy is now getting to be so OLD! He's a great guy. Hope you enjoy this picture of him. Happy birthday Matt! Hugs...
Posted by Sharon Marie at 9/28/2008 07:23:00 AM No comments: 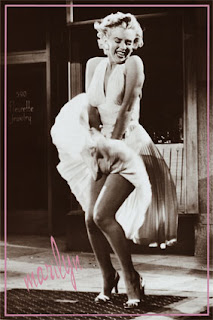 On September 15, 1954
Marilyn Monroe's skirt scene filmed
The famous picture of Marilyn Monroe, laughing as her skirt is blown up by the blast from a subway vent, is shot on this day during the filming of The Seven Year Itch. The scene infuriated her husband, Joe DiMaggio, who felt it was exhibitionist. The couple divorced shortly after.
Monroe, born Norma Jean Mortensen and also known as Norma Jean Baker, had a tragic childhood. Her mother, a negative cutter at several film studios, was mentally unstable and institutionalized when Norma Jean was five. Afterward, the little girl lived in a series of foster homes, where she suffered from neglect and abuse, and later lived in an orphanage. At age 16, she quit high school and married a 21-year-old aircraft plant worker named Joe Dougherty.
In 1944, her husband was sent overseas with the military, and Monroe worked as a paint sprayer in a defense plant. A photographer spotted her there, and she soon became a popular pin-up girl. She began working as a model and divorced her husband two years later. In 1946, 20th Century Fox signed her for $125 a week but dropped her after one film, from which her scenes were cut. Columbia signed her but also dropped her after one film. Unemployed, she posed nude for a calendar for $50; the calendar sold a million copies and made $750,000.
Monroe played a series of small film roles until 1950, when Fox signed her again. This time, they touted her as a star and began giving her feature roles in the early 1950s. In 1953, she starred with Jane Russell in Gentlemen Prefer Blondes, playing fortune hunter Lorelei Lee. Her tremendous sex appeal and little-girl mannerisms made her enormously popular.
After her divorce from baseball legend Joe DiMaggio, Monroe searched for more serious roles and announced she would found her own studio. She began studying acting with the famous Lee Strasberg at the Actors Studio in New York. She gave an impressive comic performance in Bus Stop in 1955. The following year, she married intellectual playwright Arthur Miller. She appeared in the hit Some Like It Hot in 1959.
She made her last picture in 1961, The Misfits, which Miller wrote especially for her. She divorced him a week before the film opened. She attempted one more film, Something's Got to Give, but was fired for her frequent illnesses and absences from the set, which many believed to be related to drug addiction. In August 1962, she died from an overdose of sleeping pills. Her death was ruled a possible suicide. Since her death, her popularity and mystique have endured, with numerous biographies published after her death. Her ex-husband Joe DiMaggio continued to send flowers to her grave every day for the rest of his life. "Marilyn Monroe's skirt scene filmed," The History Channel website, http://www.history.com/this-day-in-history.do?action=Article&id=3616 (accessed Sep 15, 2008).
Posted by Sharon Marie at 9/15/2008 06:19:00 PM No comments: 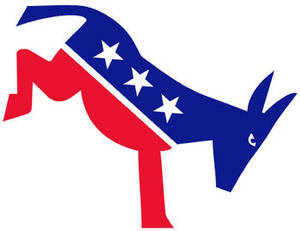 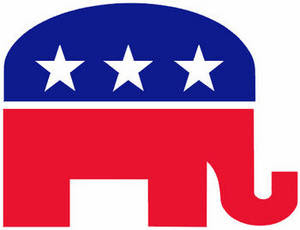 Are you a conservative or a liberal?

To read about how conservatives and liberals view the issues go to http://www.studentnewsdaily.com/other/conservative-vs-liberal-beliefs/
Hope this helps.
Posted by Sharon Marie at 9/01/2008 08:44:00 AM No comments: