It's my uncle's birthday today. He's a great guy and I just want to wish him a "Happy Birthday." He's my mom's baby brother so he's still a young puppy. :) 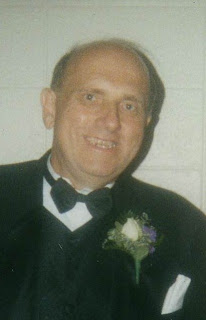 Opi to the Rescue...

I don't think Nellie Belle likes the shrug I made her. I put it on her this morning to take her picture and she took it off and "lost" it when I went to get the camera. So, he-man Opi became the designated model. He doesn't mind wearing a flower on his sleeve. Here's the "man" of the hour-- 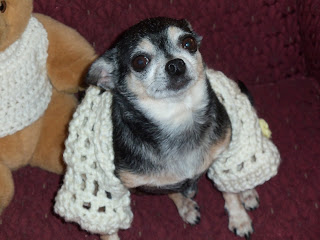 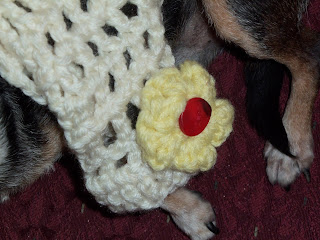 The pattern I based this doggie shrug on is here. I used a smaller hook and did this mainly in dc rather than the huge stitches they used. I also modified the flower by only making one of them and putting a button in the center. I think it is cute but I know dh will strip down the babies if he sees them wearing it. When he's not around, we play dress-up!
Posted by Sharon Marie at 2/08/2011 02:49:00 PM 4 comments: