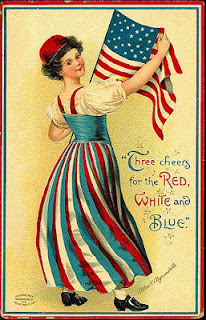 I had an interview with the Census Bureau yesterday. I was surprised when they called me because I thought the census was completed. Actually, what is going on now is surveys. Did you ever hear news reports that say something like, "According to the Census Bureau, Americans are receiving less in their paychecks?" Those questions are from surveys compiled AFTER the big-every-10-year-census. What I like about this job is that once in a while there might be travel involved. If I get the job, I'll have to go to training in either Charlotte, NC or Philadelphia, PA. Either place would be okay with me. On my off time I might have a chance to see an old friend from my navy days in Philly or if I go to Charlotte I'd hope for a chance to visit the library since some of my ancestors lived in that area in the early 1700s and I'd like to see what kind of dirt I could dig up on them. Anyway, the money isn't great since I'd only be working 25 hours a month but I could do a small grocery shopping for dh and me and have a few dollars for yarn. I'm really hoping I get this job, I was the only veteran there so with my 10 extra points as a disabled veteran, and a good interview (I think) I have a good chance. If it's meant to be I'll get the job if not, maybe something else will come up.