On this day in history 1907-- John Wayne was born. John Wayne aka "The Duke" was born 100 years ago today. He was a prolific actor starring in many films. My favorite was McLintock. It was a western that had the right combination of drama, romance and humor. You may watch a clip of it from this page . Here's an article about his 100th birthday on this page . The movie is in the public domain and is available to download (with bit torrent software) from this page . (Originally posted on my Yahoo 360 blog)
Posted by Sharon Marie at 5/24/2008 01:25:00 PM No comments:

Entry for May 14, 2007
On this day in history 1904-- The United States hosts its first Olympics in St. Louis, Missouri. Parts of the Olympics seemed to be amateurish. Read this article to read about some of the mishaps of these games. To read a little more about the 1904 games and view a list of the winners go here.

Entry for May 02, 2007
I haven't included any crochet information lately so I thought I better get with the program! Today I found a 2007 horoscope for crocheters. Go to this page to read yours. Mine is Pisces and it definitely matches me!

Entry for May 01, 2007
On this day in history 1937 - President Franklin Roosevelt signed an act of neutrality, keeping the United States out of World War II. This act forbid the export of weapons, ammunition and other implements of war to "belligerent states." Go here to read the full "Neutrality Act" of May 1, 1937.

Entry for April 29, 2007
On this day in history 1945 American soldiers liberated the Dachau concentration camp in Germany. Concentration camps were used by the Germans during WWII to house prisoners and to use them as slave laborers and also as a place to exterminate them. The largest populations were Jews. To see an official memorial website go to this page . To see actual film footage of concentration camps in 1945, go here but be advised that the film is disturbing.

Entry for April 25, 2007
On this day in history 1944 United Negro College Fund incorporates. Though set up to address funding inequities in educational resources for African Americans (then called by the old-fashioned term "Negroes"), UNCF administered scholarships are open to all ethnicities. It provides scholarships to students attending its member colleges as well as going elsewhere. To read more about this scholarship go to wikipedia ; or go to The UNCF page .

Entry for April 15, 2007
On this day in history 1955-- Ray Kroc acquired McDonald's and opened his first restaurant in Des Plaines, Ill., today the official McDonald’s Corporate Museum. Go here to read about how Mr. Kroc's restaurants became known as McDonalds and how they expanded and became world famous. Go here to make an online visit to the McDonalds Museum that is located in Des Plaines, IL.

Entry for April 07, 2007
For a change of pace I decided to paste this for a few laughs and giggles. Of course if you're not up on your history you may not understand what is going on so just google what you don't know! LOL
A Bit of History Humor:
If ancient Rome had the Internet...Bad week last week, so thought I'd lighten the mood by writing something different...
The destruction of Pompeii in 79AD is the most viewed video at YouTube. The first comment is..."OMG so cool! Volcanos ROCK!"
Attila the Hun has his own MySpace page. Nobody ever rejects his "invite a friend" emails.
The soothsayer's "Ides of March" email fails to get Caesar's proper attention as it's inadvertently filtered into his junk folder.
But at least Caesar's "Et tu Brute?" comment is available as a free ringtone download.
The domain gladiator.rome sells for the record sum of 1,000,000 denarii.
The owner of hadriansucks.rome is compelled to hand over both the domain name and selected body parts by an independent domain tribunal chaired by...Emperor Hadrian.
"Naked Cleopatra" is the top search term on Google.
Unfortunately, the Queen of Egypt dies an early death after misunderstanding IT's call to embrace an ASP solution.
Hannibal blogs his way across the Alps with posts like, "Whoops, lost another elephant today."
But he runs out of money when his PPC budget is plundered by an iberian click scam organized by Publius Cornelius Scipio.
Tiber.com opens, initially selling scrolls and tablets before expanding to include togas, pottery, and do-it-yourself mosaic kits.
Websites like handsome-literate-male-british-slave.com pollute the search listings thanks to generous commissions at the slaves.co.rome affiliate program.
Roman programmers moan about projects outsourced to cheap coders in Mesopotamia.
The Colosseum is renamed the eBay Colosseum, with free wireless hotspots outside the lark's tongue restaurant.
The volume of spam collapses when the penalty for not providing a working opt-out mechanism becomes equal billing with the lions at the eBay Colosseum.
But we still get emails featuring Brunhilda, the lonely Visigoth, and hot deals on cheap peacock livers from Gaul.
Nobody invents a spam filter good enough for the House of the Vestals.
Classical geeks wear t-shirts proclaiming, "there's no place like CXXVII.0.0.I" (bonus points if you get that one)
Finally, Rome burns to the ground while Emperor Nero battles online with Hakkar the Soulflayer in World of Warcraft.

Entry for April 04, 2007
On this day in history 1968-- Martin Luther King, Jr. was assassinated. He fought a peaceful fight to end segregation and for equality for all in the 1960s. Time Magazine has an online article that describes the man and his works.

Entry for March 31, 2007
Here's a link that has a lot of interesting crochet patterns for FREE! Some are vintage and some aren't so go to craftbits.com and see for yourself.
On this day in history 1889: The Eiffel Tower in Paris is officially opened. Go here to read a little bit about the history of this tower that was built for the Paris Exhibition of 1889.
I just found this cute pattern for a dog sweater to crochet. It is a ripple design. Unfortunately, it doesn't say what size dog it fits! I think I've seen this for sale on ebay. It is a vintage pattern that you can get here free! So go to this page and check it out for yourself!

Entry for March 30, 2007
I realized that Easter has caught me by surprise this year. I have decided that I needed to post some crochet links for Easter-related patterns asap. Here are some that you may be interested in:
http://www.crochetpatterncentral.com/directory/easter.php
http://crochet.about.com/od/easter/Easter_Free_Patterns.htm
http://www.moonarts.com/blog/easter.htm
http://crochetroo.blogspot.com/2007/03/rustic-easter-basket.html
http://cache.lionbrand.com/patterns/BK4K-0604004.html
http://ballostringdesigns.com/free/ducky.html
On this day in history 1858: Hyman L. Lipman of Philadelphia patents his idea of attaching an eraser to the top of a lead pencil. It was later declared invalid because his invention was actually a combination of two already known things with no new use. Go here to read the transcripts from the court case that challenged his patent.
(These entries were originally posted on my Yahoo 360 blog)
Posted by Sharon Marie at 5/24/2008 01:07:00 PM No comments: 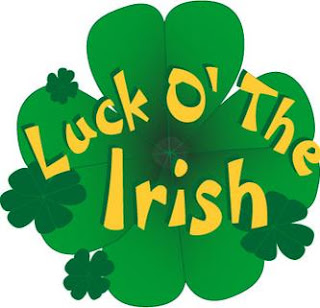 Happy St. Patricks Day!!!
Today is the day when St. Patrick is honored. This feast day has turned into a day for partying and merry-making but its origins are based in christianity. St. Patrick was a missionary in Ireland. He converted the Irish to christianity. It has been said he drove the snakes from Ireland. Since experts believe that snakes have never been native to Ireland the theory is that the snakes are a metaphor for paganism. Maybe snakes could be representative of the devil from the Garden of Eden? Anyway, go here to read about the man and the history of St. Patricks Day!
(Originally posted on my Yahoo 360 blog)
Posted by Sharon Marie at 5/24/2008 01:04:00 PM No comments: