I was hoping to have a finished hat today to show you but I was so sleepy yesterday I took a nap and went to bed pretty early too. Anyway, I thought that I would show you what I have so far. 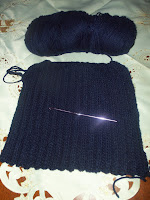 The pattern comes in 2 sizes--for men and women. I was confused for a bit when I first started crocheting this but then suddenly I had one of those struck by lightning moments and the pattern became clear to me.


The good news I received the other day was that my disability claim with the VA was approved. An adviser for veterans told me that I should have filed a claim earlier and my reply was that I could do without it and waited until I needed help from them. I did the same thing with my sons who were both eligible for SSI when they were in special classes at school--we didn't need it so we didn't apply for it.  He told me that unfortunately, that unless veterans with service connected disabilities go to the VA doctors FREQUENTLY then it is much harder to successfully process claims. Finally it has worked out for me and that's what matters.