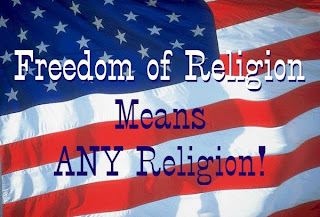 Today I remembering the horrible thing that happened on this date in 2001. Many individuals lost their lives due to terrorist actions by crashing planes into the Twin Towers, the Pentagon and in Pennsylvania. The parties responsible for such actions deserve to be punished and punished harshly. We can not condemn every person of the religion these terrorists belong to. That's ridiculous! Can we blame every Italian Catholic because of Mafia hits? Or can we blame every Irish Catholic for violence in Northern Ireland? Or every Jew because of violence in Israel? Of course not.


Terry Jones, a pastor of a small church in Florida had planned to burn copies of the Quran (alternative spellings are Koran and Qu'ran). This proposed action had sent shivers down my spine. Why? Anyone who has a little knowledge of World War II knows that Adolph Hitler burned many books to prevent the proliferation of non-Nazi ideas. On April 6, 1933, students in Berlin gathered to burn books. Propaganda Minister Joseph Goebbels joined the students at the bonfire and declared: "The era of extreme Jewish intellectualism is now at an end...The future German man will not just be a man of books, but a man of character. It is to this end that we want to educate you. As a young person, to already have the courage to face the pitiless glare, to overcome the fear of death, and to regain respect for death – this is the task of this young generation. And thus you do well in this midnight hour to commit to the flames the evil spirit of the past. This is a strong, great and symbolic deed – a deed which should document the following for the world to know – Here the intellectual foundation of the November [Democratic] Republic is sinking to the ground, but from this wreckage the phoenix of a new spirit will triumphantly rise..." (from here)


Do you see where I am headed with all this???  Pastor Jones proposed actions are Hitleresque machinations of the public's fear and ignorance of Islam and Muslim people.   I am tired of religious men breeding hatred and fear such as this latest proposed "hate-crime."


We must remember and honor those who lost their lives.  We must not do it by taunting violent episodes and by acting hatefully.  The victims deserve a better legacy than this!


The mosque/Islamic center is still scheduled to built near not at "ground zero."  Imam Feisal Abdul Rauf has not promised to move the location of it despite the pastor's decision to halt the Quran burning.  I'm proud of you for not following through with it but why lie as to your reasons for this decision?  Be honest, you were wrong and the Presidential appeal from President Barrack Obama probably made you shake in your boots.  In the United States, we don't take the law in our own hands and it is scary to note that Jones's son Luke Jones and two assistant pastors, Wayne and Stephanie Sapp, are all wearing sidearms. (see:  USA Today article) Anyway,  Muslims have been worshiping there for about a year so what's the big deal?


We should remember that our great country has, as one of it's basic building stones, the right for people to have religious freedom. In words of one of our founding fathers:
Believing with you that religion is a matter which lies solely between man and his God, that he owes account to none other for his faith or his worship, that the legislative powers of government reach actions only, and not opinions, I contemplate with sovereign reverence that act of the whole American people which declared that their legislature should "make no law respecting an establishment of religion, or prohibiting the free exercise thereof," thus building a wall of separation between Church and State.- Thomas Jefferson in a letter to Connecticut Baptists