Is Being Patriotic Just a Fad for Some? 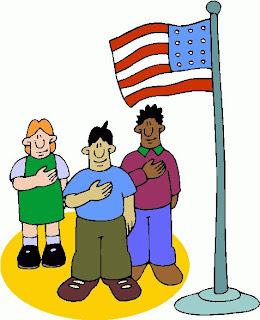 On Memorial Day and Independence Day we see a fervor of patriotism.  Red, white and blue banners and flags festoon buildings, homes and cemeteries.   Sometimes I substitute teach in high schools.  Many times the kids will sit in their seats and eat breakfast, talk with friends and generally ignore the Pledge of Allegiance!  I was told that the kids have a choice about saying the Pledge.  I guess they must have a choice about showing respect for their peers who are reciting the Pledge too! When things like the census comes around every 10 years many folks slam their doors in the enumerators' faces and don't want the government into their business.  The feeling is that the government is too big and has too much power.  Let's change the scenario a bit.  Disaster strikes be it a hurricane or huge oil spill offshore.  Then, we want Washington, D.C. to make it all better IMMEDIATELY!   The thing is folks, we all need to vote and participate when called upon.  Representation in the House of Representatives is based on population folks so we need to be sure to be counted.  So, be proactive, not reactive,  fill out your census forms and vote.


Search Amazon.com for flags and banners