Found Another Crochet Pattern for Round Afghan 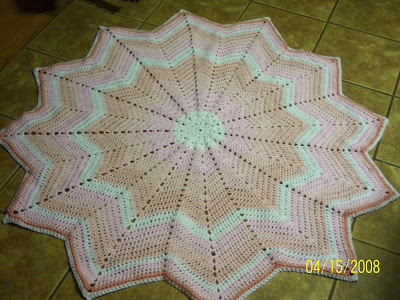 OK, 3 times is the charm and this is the number of posts for today. Anyway, I found another round afghan pattern so I thought I would post the link for it. Here it is. I have a listing of round afghan crochet patterns that I've been updating as I find new patterns. You can see it here. The picture is a round ripple baby blanket I made last year.
Posted by Sharon Marie at 9/28/2009 08:23:00 PM No comments: 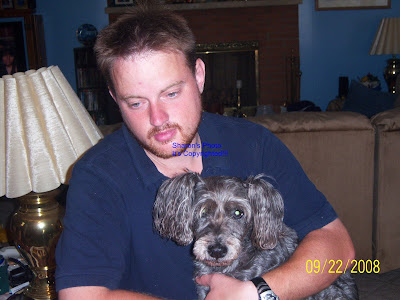 Thirty-one years ago today I was in the hospital on Barksdale Air Force Base having my son Matthew. Happy Birthday Matt!
Posted by Sharon Marie at 9/28/2009 08:04:00 PM No comments: 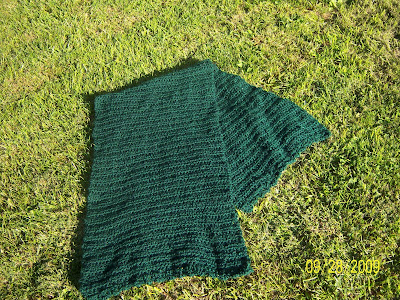 Maybe I shouldn't have put "C'est Fini" in the title since I made this comfort shawl for a relative of dh in Germany. She is going through a tough time because her grandson passed away. I didn't think about doing this right away, but I heard about how down she has been so I made it a few months after the fact. I need to find someone who is fluent in German to help me write a note to her. I would ask dh but he is pretty fluent in spoken German but the written isn't quite his forte. Anyway, I looked at some patterns on Lion Brand Yarn Site and I adapted this one. Instead of putting the fringe on I used the edging pattern I found here. I used Homespun yarn and I really don't like fringe made from it because I think it looks raggedy after a garment made from it is worn only a couple times. Anyway, I need to weave in a few loose ends and put this in the washer and mail it off to Deutschland. Auf weidersehen....