The Funny, Goofy Project is Done--Finally

Here's the reveal for the funny project I was working on but ran into a problem with. It's a pizza scarf! I got the pattern from Twinkie Chan's book Crochet Goodies for Fashion Foodies 20 Yummy Treats to Wear. 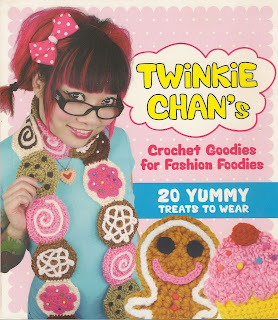 It was very easy with the exception of the crust and it confused the heck out of me. Twinkie does have a video tutorial  that helped and here it is:


Untitled from Twinkie Chan on Vimeo.

I ended up not using all the pepperoni that I crocheted because I thought there were more than enough and I was a bit tired of sewing them on :).  Without further ado, here's a few pics of it: 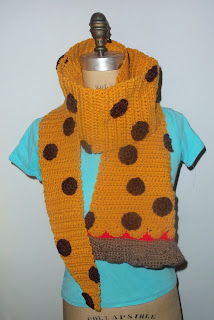 And a close-up of the crust that kicked my butt: 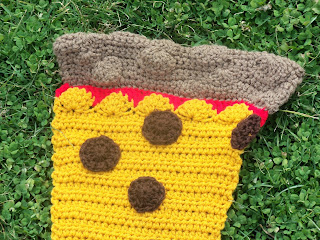 My colors looked similar to what was used in the book but I think they're actually darker so maybe I should call it the "Over Baked Pizza Scarf." I do like it but not sure where a woman of a certain age such as me would wear it. I'm going to put it in my gift drawer for now.

OK, that's it for now folks!

p.s. Here's an ad if anyone is interested in this book. I was excited to note that it is now available for kindles too!