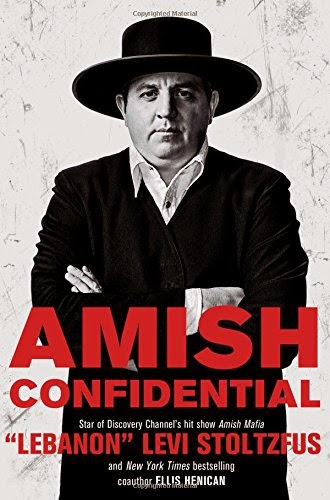 . I had enjoyed watching the television series on Discovery Channel but, I believed from the very first episode that I watched that many of the events on this show were scripted. Nevertheless, I still enjoyed watching the show. The last episode of the series promised that Lebanon Levi Stoltzfus was writing a "tell-all" book. I am disappointed that his definition of "tell-all" and mine are quite different.

I was mildly interested in the biographical information on Stoltzfus that was written in the book. He was one of seven children. His father died due to a farming accident when Levi was 2. Levi's mother remarried a widower with 8 children. Levi went a little "wild" during rumspringa drinking and received 2 DUIs. That may not be the norm but it's not surprising since many teenagers test boundaries and try their wings as they are entering adulthood especially when the strict rules they live by are suddenly eased.

The book also did a rundown on crimes the Amish were involved in or committed such as the shooting of Amish students at the West Nickel Mine School. Another big emphasis in the book was about a politician bashing the Amish and Stotlzfus bashing the politicians. This wasn't a surprise because the last few episodes of the show placed a huge emphasis on these events.

When we were promised a "tell-all" I expected to get the low-down on the Smucker family whose father was in charge of Amish Aid before Stoltzfus was. I was anxious to learn of the ties between Esther Smucker and Levi. I was disappointed to not read of any of this. The final episode showed that Levi had a baby with an "English" woman and there was no mention of this in the book.

My opinion of this book--Not worth your time or money if you had watched the show. This book read like it was just thrown together to make a buck and keep interest alive in the show. Don't waste your money; get it from the library if you still want to read it.

Hope y'all are okay. 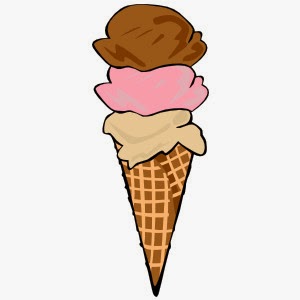 I was surfing the Internet looking for something a bit different and upbeat for today's link to a free pattern. Twinkie Chan has done it again with a cute ice cream cone shaped pillow--TRIPLE scoop of course!  Here's the link to some high fiber ice cream. 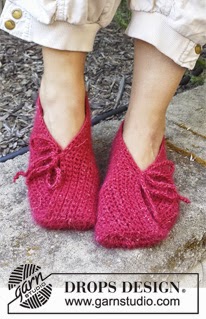 If you've visited my blog a few times, you've probably noticed that slippers are one of my favorite projects. Today, I have a pattern for yet another pair of slippers. The pattern calls for "yarn group C." I had no idea what "yarn group C" is so I googled it and discovered that it is for a worsted weight yarn that has been discontinued. To see the yarn chart go here for more information.

Hope you are enjoying yourselves.

I have seen, and probably you have too, many beautiful flag afghans. 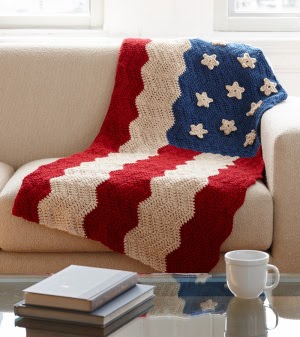 I had even bought a book of afghan patterns that included a beautiful flag afghan pattern that I was going to make until I was told about the flag code forbidding bedding with a flag design. I have also seen some cute models wearing flag-inspired swimwear. An applicable quote from the code is "The flag should never be used as wearing apparel, bedding, or drapery." 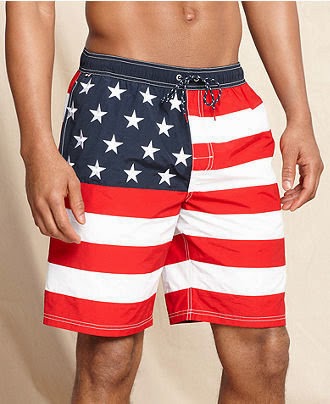 What about the depiction of the American flag on postage stamps? Does this violate the flag code? 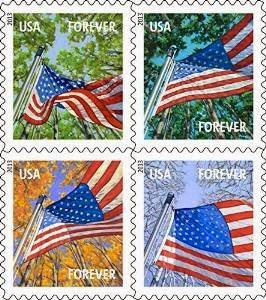 Section 83 of the Flag Code reads, "The flag should never be used in such a manner as to permit it to be easily torn, soiled or damaged in any way." It reads "[The flag] should not be printed or otherwise impressed on anything that is designed for temporary use and discard." Sounds like to me that these government approved stamps violate the government written flag code. (more information here about a third of the way down the page.)

What's the penalty for breaking the flag code?
There isn't one. The flag code is an odd duck in this regard. As part of the The United States Code, the flag code is technically federal law. However, the code doesn't outline any measures for enforcement or punishment.  Basically, the flag code is a set of advisory rules for Americans who want to know the proper and respectful way to display their flag. Even if the flag code did provide measures for its enforcement, it's not clear that the measures would be constitutional. Individual states used to have their own prohibitions on and penalties for desecration of  the flag, but the 1989 Supreme Court decision Texas v. Johnson invalidated these laws as infringements on free speech. Congress responded by passing the Flag Protection Act, which made flag desecration a federal crime. Supreme Court struck down this law in the 1990 case United States v. Eichman. (and more info here.)

This page is a gateway to much detailed information on flag etiquette and use. I do not mean to negate the talent put into the making of American flag crocheted afghans; because most of the ones I have seen are examples of very talented crafters. I believe that we need to spread the word about what is/is not allowed. Americans are not stupid people. We have intelligence. We do not need to establish more big government to rule us nor do we need to establish a system that fines or jails us for violating the flag. We just need to obey the rules! If you don't believe in the rules then as an American, you can write to your politicians or lobby to change the rules or in extreme cases move to another country.

I am a veteran, can I salute the flag at a military funeral, sporting events or other situation where the flag is flown?
Some thing that many veterans and service members might not be aware of is that Public Law No. 110-181 changes section 9 of title 4 permitting members of the Armed Forces and veterans who are present but not in uniform to render the military salute. I have done this at a few military funerals that I have attended. I felt a sense of pride to be able to send off my friends with the respect they earned as defenders of our Constitution and country.

The topic of crocheting flag afghans has become a discussion in a crochet group I follow on facebook. A member got a little testy and said that making flag afghans is okay because of how veterans use the flag. If you have visited my blog before, you may remember that I am a 100% service-connected disabled veteran. As such, I am expected to follow the same laws pertaining to the flag as anyone else and I do so with pride.

It is a sad situation if Americans think it is okay to violate federal laws because they can get away with it.

I was recently looking for a different pattern for an afghan that wasn't too difficult. I found this one and the few rows I've done have been fairly simple to do. When finished, this is a surprise for someone. Here's a look at what I've done so far-- 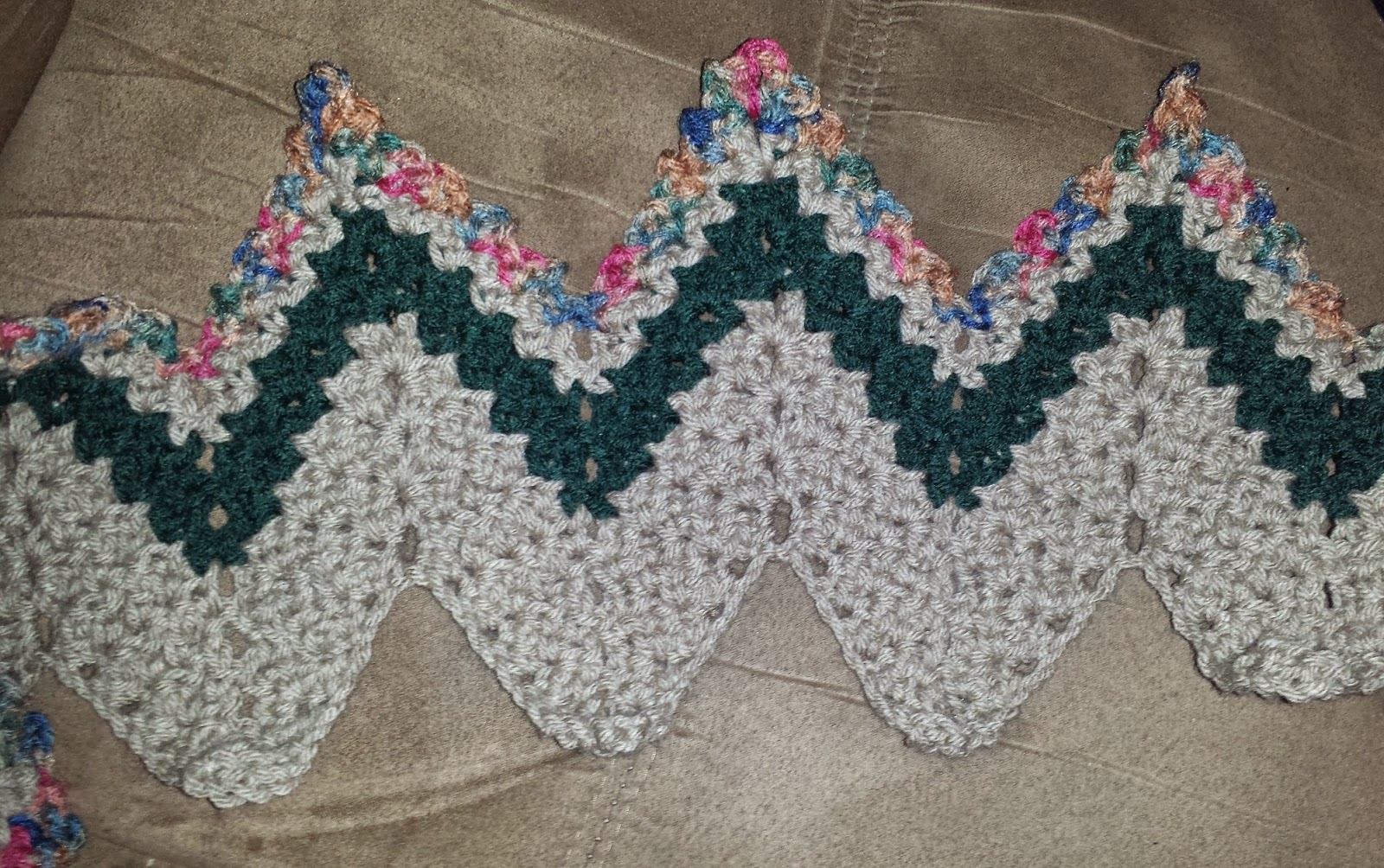 Hope everyone is okay. We're back in Kentucky and I'm happy to see my sons again. Nellie Belle is happy to have a yard to run in and I'm happy that we don't have to go on "duty walks" several times a day. Hope that Nellie Belle loses some weight because she gained almost 2 pounds over the winter and that's a lot of weight for a little chihuahua.

This is all for now folks.


Sorry, but this pattern has disappeared off the Internet and I can't get it on the Wayback Machine either. There are similar patterns but they are made with double crochets and this is single crochet.